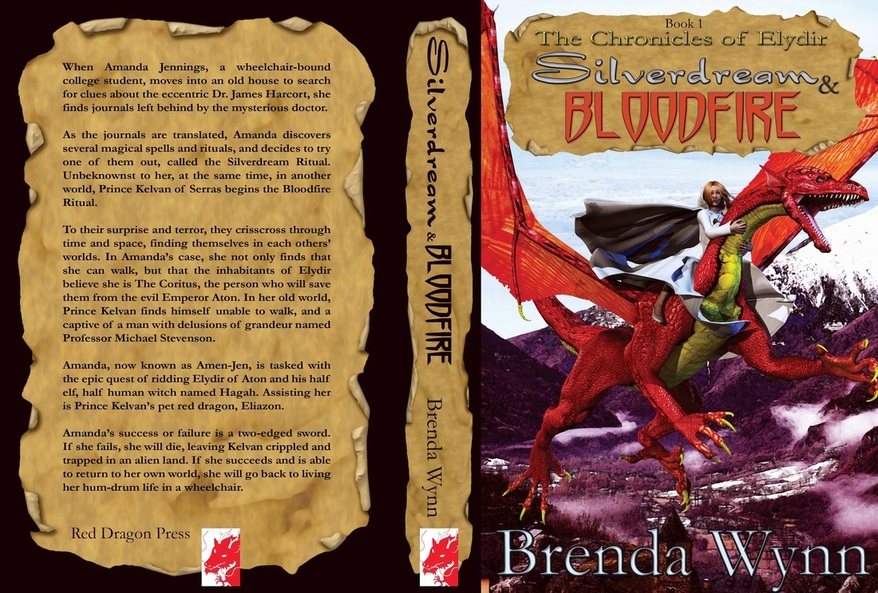 A college student rents a house she hopes is filled with paranormal activities. Amanda needs a term paper for Professor Stevenson's class. Exploration of her rental just might earn her a top grade. Meanwhile in a parallel medieval elfin world, populated as well with humans and dwarfs, Prince Kelvan prepares for a final test that will prove that he is the one who can rid his kingdom of the evil Emperor Aton.

Exploring her new home, Amanda Jennings finds and translates journals that detail the Silverdream ritual. With burning curiosity, she decides to see if the ceremony can deliver any of its promises. While she performs the ritual, Kelvan attempts a challenge of his own. If he is successful, accomplishing the Bloodfire ritual will prove that he is the one chosen to free his world once and for all from Aton, and from the emperor's wicked witch advisor, Hagah.

The two ceromonies collide and Kelvan and Amanda change places. In her new world, Amanda is recognized as the Chosen One whom Kelvan was presumed to be. In Amanda's old world, Kelvan discovers that evil still exists in the world--in the person of Dr. Stevenson.

Subplots abound, all tie into a well integrated good versus evil plot. In 'Silverdream & Bloodstream', Brenda Wynn uses apt episodes to clearly define and demonstrate both evil and good. Until its sequel, fantasy adventure readers will have to anticipate what happens next in Kelvan's medieval kingdom--and just what secrets still remain in Amanda's twenty-first century house of magic.
~
Other than a couple of typos, a four start review is very much appreciated. :D Brenda and I are already working on S&B's sequel. I'll keep ya'll updated.